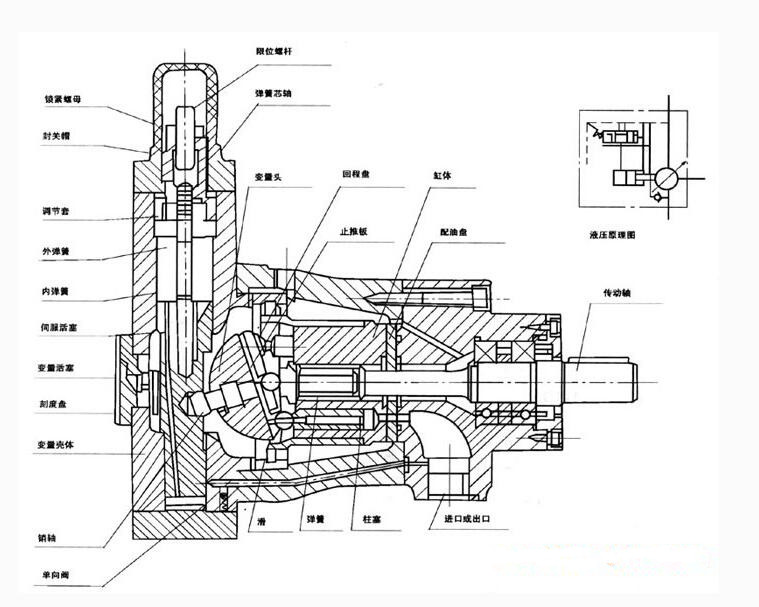 The hazards of oil pollution to the system are as follows:

Accelerate the deterioration of oil performance

A system in the formal input before the general have to be washed, the purpose of washing is to remove the residual pollutants in the system, metal chips, fiber compounds, core, etc., in the first two hours of work, even if not completely damaged system, will Causing a series of failures. So the following steps should be used to clean the system oil:

1) Clean the tank with a dry cleaning solvent and remove the solvent residue with filtered air.

2) Wash the system all piping, in some cases need to pipe and joints for impregnation.

3) Install the oil filter in the pipeline to protect the oil supply line and pressure line of the valve.

4) Install a flush plate on the current collector instead of a precision valve, such as an electrohydraulic servo valve.

5) Check that all pipe sizes are appropriate and the connection is correct.

If the system to use the electro-hydraulic servo valve, I may wish to say a few words, the servo valve was flushing plate to make oil from the oil pipeline to the collector, and directly return to the tank, so that oil can be repeated circulation, To flush the system, so that the oil filter out the solid particles, rinse process, not separated by 1 to 2 hours to check the oil filter to prevent the oil filter is blocked by contaminants, this time do not open the bypass, if the oil filter began to block Immediately change oil filter.

The cycle of rinsing is determined by the structure of the system and the degree of contamination of the system. If the sample of the filter medium is not or has very little contaminant, install a new oil filter, remove the flush plate and install the valve.

Folding maintenance recommendations are as follows

1) Check for and replace oil at least 500 hours or three months.

3) check the hydraulic oil is acidified or other pollutants pollution, the smell of hydraulic oil can be roughly identified whether the deterioration.

4) Repair the leak in the system

5) Ensure that no foreign particles enter the tank from the tank's vent cover, oil filter plug, return gasket sealing gasket, and other openings in the tank.

Share to:
Previous: ZH Machinery Industrial and Trading Co.Ltd Next: Why you need a disc harrow machine?

Ms. Judy Cao
What can I do for you?
Contact Supplier